Images of Black people in the Middle Ages in The Netherlands 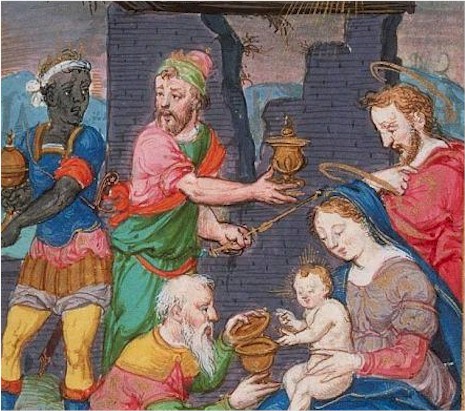 Via Black Germans
In 'Things Aren’t Simple: the Black King in Manuscripts', Dutch Art Historian and curator Ester Schreuders writes about the first black figures in the art of the Low Countries, or Netherlands, figures which are especially found in miniatures, illuminations and illustrations from the late Middle Ages – the Gothic period – and the early Renaissance.

Check out her blog at http://estherschreuder.wordpress.com