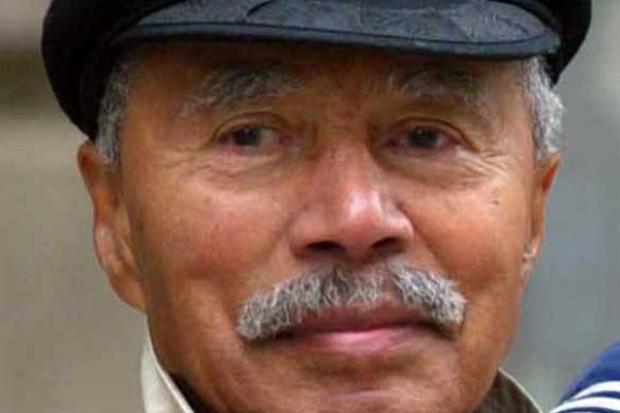 Ebony — Hans Massaquoi, the former managing editor of Ebony magazine who wrote the  distinctive memoir "Destined to Witness: Growing up Black in Nazi Germany", has died.

His son said Massaquoi died Saturday (Jan. 19, 2013), on his 87th birthday, in Jacksonville. He had been hospitalized over the Christmas holidays.

"He had quite a journey in life," said Hans J. Massaquoi, Jr., of Detroit. "Many have read his books and know what he endured. But most don't know that he was a good, kind, loving, fun-loving, fair, honest, generous, hard-working and open-minded man. He respected others and commanded respect himself. He was dignified and trustworthy. We will miss him forever and try to live by his example." 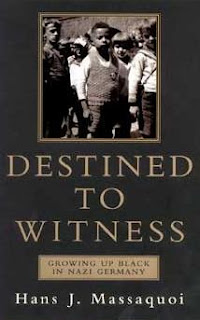 In an interview in 2000, the elder Massaquoi told The Associated Press that he credited the late Alex Haley, author of "Roots," with convincing him to share his experience of being "both an insider in Nazi Germany and, paradoxically, an endangered outsider." His autobiography, "Destined to Witness: Growing Up Black in Nazi Germany," was published in the U.S. in 1999 and a German translation was also published.

Massaquoi's mother was a German nurse and his father was the son of a Liberian diplomat. He grew up in working class neighborhoods of the port city of Hamburg.

Massaquoi recounted a story from 1933, when he was in second grade in Hamburg. Wanting to show what a good German he was, Massaquoi said he cajoled his baby sitter into sewing a swastika onto his sweater. When his mother spotted it that evening, she snipped it off, but a teacher had already taken a snapshot. Massaquoi, the only dark-skinned child in the photo, is also the only one wearing a swastika.

He writes that one of his saddest moments as a child was when his homeroom teacher told him he couldn't join the Hitler Youth.

"Of course I wanted to join. I was a kid and most of my friends were joining," he said. "They had cool uniforms and they did exciting things — camping, parades, playing drums."

Germany was at war by the time he was a teenager and he describes in the book the near-destruction of Hamburg during the Operation Gomorrah bombing attack in the summer of 1943.

He wrote about becoming a "swingboy" who took great risks by playing and dancing to versions of American swing music, which was condemned by the Nazi regime. After the collapse of Germany at the end of the war, he said he was able to save his mother and himself from starvation by playing saxophone in clubs that catered to the American Merchant Marine.

Eventually he left Germany, first joining his father's family in Liberia, before going to Chicago to study aviation mechanics. He was drafted into the U.S. Army while on a student visa in 1951. Afterward, he became a U.S. citizen and eventually became a journalist.

He worked first for Jet Magazine before moving to Chicago-based Ebony, where he rose to managing editor before retiring in the late 1990s.  (Source Ebony)

Destined to Witness, in German titled Neger, Neger, Schornsteinfeger (Negro, Negro, Chimney Sweep), was a great success in Germany, remaining on top of the bestselling list of the German weekly Der Spiegel for a couple of months. A screenplay has been adapted from the book and movie shooting started in 2005. The film was run first on October 1 and 2 in 2006 as a two-parter on German ZDF TV channel.