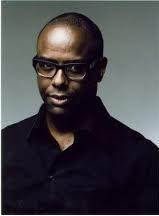 Arthur Kibbelaar, Consul for Press and Cultural Affairs at the Consulate General of the Netherlands in New York, will become the new director of Foreign Relations of the island Curaçao at end of this year.

Kibbelaar, who was born in Curaçao, worked at the European Union in Brussels, but  also in very different countries such as Serbia, Nicaragua and Burundi.  “The experiences there, in the midst of war and poverty, made me aware of the need to invest in frameworks that holds a society together, “ he explains in an interview with the newspaper Amigoe.

Arthur Kibbelaar is a product of the anti-colonial 1969 Curaçao uprising.  "The revolt of 1969 was not for nothing a turning point, " he says. "It was the start  for the children of 1969, the Afro-Curaçaoens, of a black middle class.
The Kibbelaars, brothers and sisters of my father reaped the fruits of the revolution and ended up in nursing, education and became members of the trade unions. My uncle was the first black governor."


Listing will be my mission says the new Director of Foreign Relations. “You have to start listening what people think of themselves and what the aspirations are of this new country. You translate who, or what you want to be to your image.  I will first listen internally and then I will expand the circles further and further, it’s a never ending process.“

Artists are also important for Kibbelaar, he sees them as the barometers of a society. "Culture is one of the main pillars of the identity of a country, but we are insufficient aware of this. Artists tell the story, they are the interpreters of the identity. Sometimes it’s fun, but sometimes it rubs. "

Read the full article (in Dutch) in Amigoe.

Since there is no Black Dutch Powerlist, Cardiologist Harriette Verwey and diplomat Arthur Kibbelaar are on the Black Dutch shortlist 2012 of Afro-Europe.