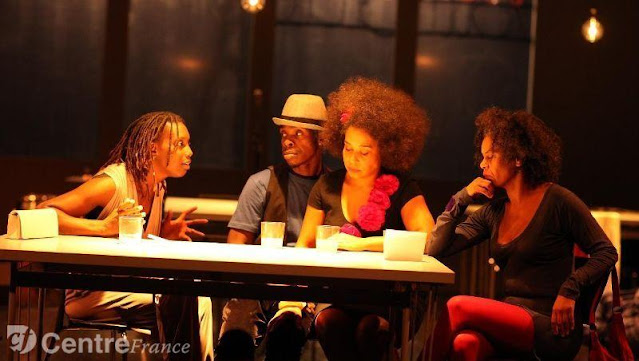 French women of African descend talk about the play les Afropéennes, a play which has been staged in October in Paris. They tackle issues such as race, gender, sexuality, injustice, stereotypes, cultural heritage and alienation.


'les Afropéennes' means 'the Afropeans' and it's the title of a play that has been adapted from two texts of Léonora Miano, a French Cameroonian-born author, 'Blues pour Elise' and 'Femme in a city'.

Her texts are biting in an era where minorities, especially the Black community, are still seen as different whereas they have been around for a very long time.

The play Les Afropéennes centers around four Afropean friends who met at the University. They live in Paris, adopted the bohemian lifestyle and resort to speed dating to break the solitude. They have their own temperament, sensitivity and intimate worries, but their worries are part of the larger problem of identity and politics.

The characters of 'Blues for Elise' and 'Femme in a city' highlight the sensitive inner thoughts of black women in Europe today: the history, roots and weight of tradition, according to Les Afropéennes.

Writer Léonora Miano is also the founder of the organisation Mahogany.