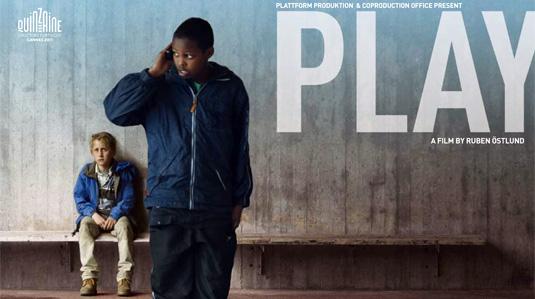 Is this a racist movie? Ruben Östlund’s latest film (2011) — a story of poor black and middle class white children which deliberate plays on the audience’s prejudices — has sparked controversy in Sweden.

Plot: Play tells the story of a gang of teenagers from deprived backgrounds who take advantage of prejudice directed against them (they are black) to shake down well-off kids (3 boys – 2 white, 1 Asian) they find around town. The group bullies them through Göteborg over a made-up story about the boys’ cell phones, under the absolute passivity of the various adults who see them. The robbers play on their victims’ prejudices and the director with those of the audience, to the point where it is hard to decide which side you are on. Read full story at www.presseurop.eu.

Read Shadow and act's review of the film at http://blogs.indiewire.com/shadowandact