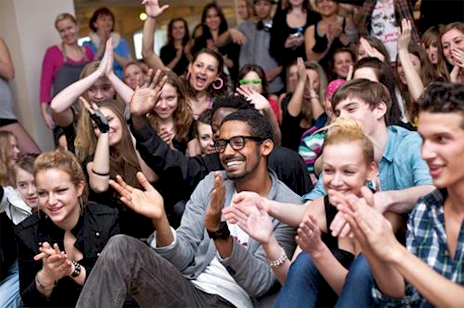 In the series Black people in Czech, today the Czech-born Yemi Akinyemi. He is the executive producer of the JAD Prague Dance Company and had his big break in 2010 as the choreographer of Kanye West's video “Runaway".

In an exclusive interview with Nigerians Abroad Akinyemi talkes about himself and how he got involved in the video. "My name is Yemi Dele Akinyemi, I am 29years old, born and raised in Czech Republic. My father is Nigerian, he is from Ibadan. I started as a dancer here in Czech Republic and in 1999 I established my own dance company and a talent agency called ‘Dance Academy Park’, which is a studio in the central of the city. I do different kind of work for choreographers and I also work for several VIPs in the music industry.

Most recently, last year [2010], I became a choreographer for Kanye West who invited me for several jobs. " Read the full story at Nigerians Abroad.