International Day for the Elimination of Racial Discrimination, 21 March

Posted by Afro-Europe on March 21, 2012
Today on the International Day for the Elimination of Racial Discrimination my thoughts go out to Trayvon Martin, the 17-year-old African-American who was killed by the neighbourhood watch volunteer George Zimmerman.

Trayvon Martin was a boy with no criminal record, who was carrying a bag of Skittles and a can of iced tea. But Zimmerman told the  police the boy looked “suspicious” and “on drugs.” Zimmerman has admitted the killing and is claiming self-defence. He has not been arrested. 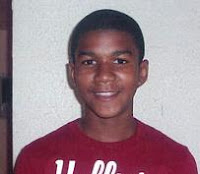 Tuesday night, the U.S. Justice Department announced it would investigate the slaying of Martin. And, especially in light of what we’ve learned about not only Zimmerman, but the social climate around him that enabled him to not only feel justified in an abhorrent sense of paranoia toward young black men, but to continue walking the streets after bringing about the worst possible outcome of that entitlement, the question comes to mind again: Will they get it right this time? Read the whole story at www.racialicious.com

The UN theme for this year's event is "Racism and Conflict.