FRANCE: Killer Driven by Hatred of Ethnic Minorities At Large 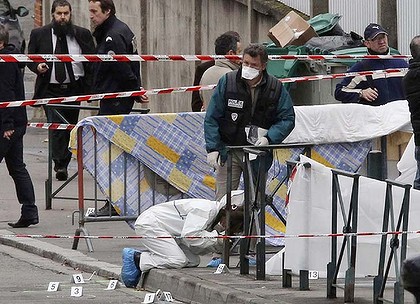 Yesterday 3 children and one teacher were killed in a Jewish school in southern France. A 17 year old was severely injured during the attack. The gunman could get away but has been linked to the shooting dead of 3 French soldiers, last week. The same gun and stolen motorcycle were used by the murderer.

Yesterday’s shooting follows the killing of 3 soldiers who all were of African Maghrebin origin. A fourth paratrooper was seriously injured during the attack. He is black and pf French Caribbean origin.

President Nicolas Sarkozy described the school shooting as a national tragedy and expressed his fears that the killer is driven by hatred of ethnic minorities.