A Black American walks through Black Amsterdam: The Bijlmer 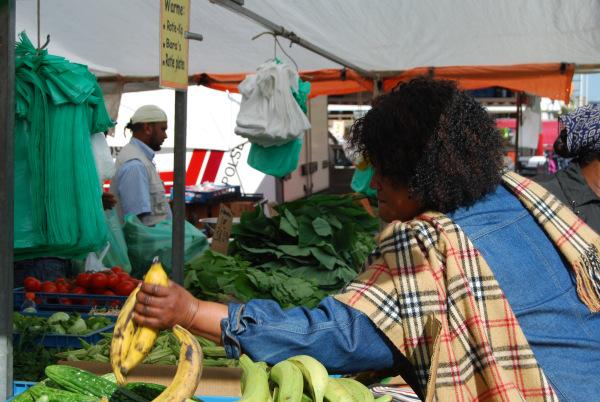 Black American travel writer and filmmaker Diana O’Gilvie ignored the travel advice and went down into the Black neighborhood in Amsterdam.

“Don’t go to the Bjilmer,” was the general consensus among folks I asked about this predominantly Black neighborhood in Amsterdam.

“Make sure you hold your purse” cautioned my taxi driver on our way from the airport to my hotel.  While I appreciated her advice, I grew up in Kingston and lived in Brooklyn for sixteen years, so visiting Amsterdam’s proverbial ghetto wasn’t a stretch for me. I took the #54 train from Centraal Station in the heart of the historic district.


In twenty-five minutes I was in Bjilmer, home to 100,000 people of 150 different nationalities, mostly from Africa, the Dutch Caribbean and Suriname. I exited at Bjilmer Arena A and walked into the sunshine. The day was unseasonably warm and I took off my jacket and scarf.  I had no plan, no direction. I just walked.