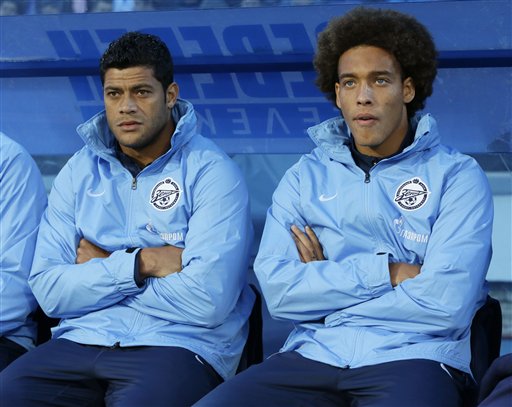 Landskrona, the main fanclub of Zenit Sint Petersburg football club, published a manifest with racist remarks. They state in their manifest that they are against the participation of black players in their team. The club would lose its identity if they integrate players from foreign regions. The arrival of Belgian player Axel Witsel and Brazilian striker Hulk this year clearly angers some of the fans.

The manifest isn’t a surprise though, in the past racism has been common place among football fans in Russia. Sint Petersburg’s team is the only Russian high level team that didn’t have any black players yet. But change is about to come.

But there is more at stake. Zenit didn’t perform well since the 2 black players are part of the team. Racism plays its part. Not only the fans hate black players, some of the Russian players hate them too. However, it’s not only a racial thing. Money plays a big role too. Axel Witsel and Hulk both signed very lucrative contracts, salaries most local Russian players could only dream of. This mix of envy and racism doesn’t contribute to a good team spirit which means that even with the best players in their midst, the team keeps on losing matches.