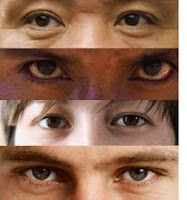 Racial/ ethnic profiling is a form of institutionalized racism and entails the discriminatory use of personal attributes (such as skin color, ethnic or religious affiliation, national origin or language) as a basis for identity checks and searches without a concrete warrant by the police.

While the judicial issue remains unsolved in the European context, the US have achieved the broad consensus that racial/ethnic profiling is inadmissible for the conduct of police measures.

Black People and People of Color (PoC) in Germany regularly become targets of racial/ethnic profiling by the police in trains, train stations as well as airports and other public places. Through these checks they are publically marked as suspects and at the same time suspected to be illegalized immigrants.

Read more about the petition at  http://www.stoppt-racial-profiling.de/english/