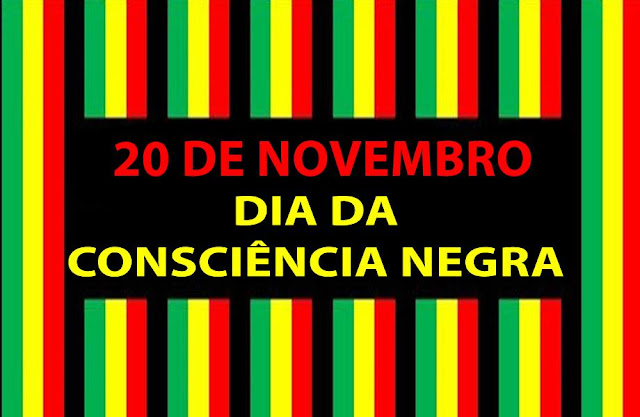 The Day of Black Awareness ("Dia da Consciência Negra" in Portuguese) is celebrated annually on November 20 in Brazil as a day on which to reflect upon the injustices of slavery (from the first transport of African slaves to Brazil in 1594) and to celebrate the contributions to society and to the nation by Brazilian citizens of African descent. It takes place during the Week of Black Awareness.

The day is marked on the anniversary of the death of Zumbi dos Palmares (1655–1695), the last leader of the Quilombo dos Palmares. The Day of the Black Awareness. The date was first observed in the 1960s and has been on the school calendar since 2003.

According to Fly Brother, many people in Brazil are celebrating Black Awareness Month. But many others see this particular exercise as unnecessarily divisive and alien to Brazil’s culture of “inclusiveness and miscegenation.”

And November is the best month to come to Brazil if you want to know more about Afro Brazilian culture because there a lot of activities, according to http://afroatitudes.blogspot.nl/

A video of the Black Consciousness Movement in Brazil. It's 20 November 1979, the Day of Black Awareness ("Dia da Consciência Negra"). In a meeting Hamilton Cardoso, one of the main organisers of the Unified Black Movement, speaks in a meeting about the social situation of blacks in Brazil. The movement was a coalition of politicians, students, workers and intellectuals in the fight against racism in Brazil.

A video of the Museu Afro Brasil


Ebony Goddess: Queen of Ilê Aiyê - Documentary Trailer. Three young black women from Bahia, Brazil, searching for identity and self-esteem. If you see the trailer you will see how important black pride is for black women in Brazil

Brazil: Black pride and Black reality shows how the Brazilian media portraits Brazil as if it were a European country.