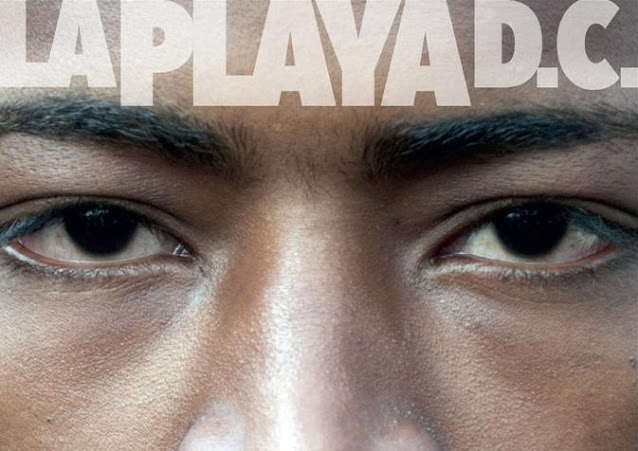 News from the diaspora - One of the most forgotten black communities in the African Diaspora is probably the Afro-Colombian community. But as always, things change. The present peace talks between the FARC rebels and the government  may help the many Afro-Colombians, who are disproportionately displaced because of the conflict. But there is more news.


In 2012 the film Chocó, a film about Afro-Colombian female resilience and endurance, was screened at Berlin Film Festival. And the film La Playa D.C, about an Afro-Colombian teenager in urban Bogota, made it to Cannes. In the music the Afro-Colombians already made headlines when their Hip Hop group ChocQuibTown won a Latin Grammy in 2010.

So the best starting point is the new feature film La Playa D.C (see video below) which centers on Tomas, an Afro-Colombian teenager struggling with the difficulties of growing up in a city (Bogota) of exclusion and racism against those who look like him. See the review on Shadow and Act. The film runs at African Diaspora International Film Festival (ADIFF) - the festival's 20th edition, is held in Manhattan from November 23 to December 9. I hope the film will also be screened in Europe.


The film Chocó (see video below) focuses on a poor Afro-Colombian woman in her twenties, whose days consist of panning for gold and washing clothes for other families to support her two children and alcoholic husband. The simple promise of a birthday cake to her youngest daughter takes the whole family on an adventure which examines the joy and anguish entwined in rural Colombia life. Threaded with the themes of domestic abuse and race, Choco seeks to challenge its audience with a sometimes uncomfortable look into Colombian society, wrote Columbia reports See an interview (video) with director honny Hendrix Hinestroza here

But apart from issues within the Afro-Colombian community, being of African descend in Colombia also has its challenges. About this problem URB wrote: "Of all the disappearing acts that punctuate Colombia’s history—from presidential candidates to drug kingpins, FARC warriors, and cocaine jets—none is more deceptive than that of an entire race. Four-hundred years after Spaniards brought African slaves here to mine for gold, most Colombians would rather forget that one in of five Colombians is black. No black beauty queens, no black president here. Hell, even Shakira has straightened her hair."

Being black is one issue, the other ones are land and mining rights. Afro-Colombians have practised ancestral, family-run mining operations for generations, but between 2002 and 2010 Colombia’s government gave out 7,500 mining exploration titles to national and foreign mining companies in areas where Afro-Colombians are mining for centuries (see video below). Read more

The group ChocQuibTown is one of Colombia's famous Hip Hip group. They came together to bring together the stories of the Afro community in Columbia within the country's context, see a video interview here.  The group won a Latin Grammy in 2010 with "De Donde Vengo Yo" (see video below).

If you think that black people in Latin America are cut off from the other black communities simply because they live in South America or speak Spanish, you are probably just as narrow minded as I am. In What's In My Bag (see video below), the band members of ChocQuibTown talk about how they are influenced by black music from US, the Caribbean and Africa.

Just as every black community Afro-Colombians also have their heroes. One of them is slave revolt leader Benkos Bioho