Exhibition: "The history of Afro-Caribbeans in France" in Paris 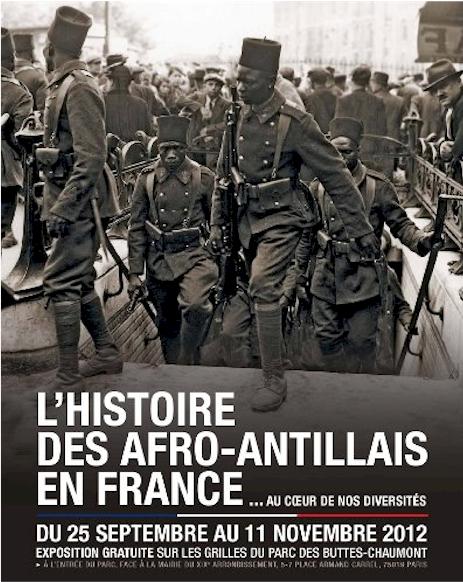 The exhibition "L'histoire des Afro-Antillais en France" ("The history of Afro-Caribbeans in France") is an exhibition on 15 panels outside the gates of the Parc des Buttes-Chaumont in the 19th arrondissement, a district of Caribbean Paris. The exposition is based on the book, documentary and exposition la France Noire. The Exhibition in Paris will last until 11 November 2012.

(On the poster, a group of the Tirailleurs Senegalais, the West African Colonial French Army troops who fought during World War I.)
Black History France