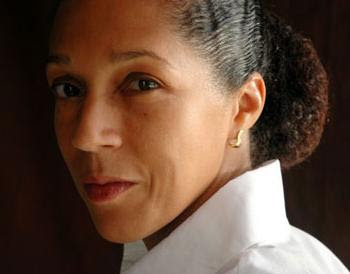 Helen Grant MP has been made a Minister in David Cameron’s Ministerial reshuffle this September. She is now the first Conservative woman of African descent to become a Minister.

Grant, 50, was born in London to an English mother and Nigerian father, but grew up in a single parent family after her parents separated and her father emigrated to the United States.

According to OBV, The Maidstone and Weald MP has been appointed joint Parliamentary under Secretary of State at the Ministry of Justice and for women’s and equality issues.
Accepting the appoint Helen Grant MP once again makes political history by becoming the first Conservative woman of African descent to become a Minister.

A lawyer by profession, her knowledge and skills will be brought to bear in a government department dealing with the nation's legal issues. Grant has not been afraid to challenge her own Government on issues she believes in. She fiercely, but politely, urged the Government to think again in regards to dropping certain aspects of Legal Aid.

As Grant takes up her Ministerial role, the demands and pressure on her have got that much higher. We at OBV are extremely proud of her success and the positive message her appointment sends out to Black women across the country.

Helen Grant was chosen by OBV to join our MP Shadowing Scheme in 2006. She was twinned with Oliver Letwin MP

Check the entire and correct list of Black Cabinet members in Europe here.

What is difference between a Minister and a Secretary in Europe (update).

Minister
In all European countries Ministers are Cabinet Ministers who are the heads of government departments. (In the US a Minister is called a Secretary.)