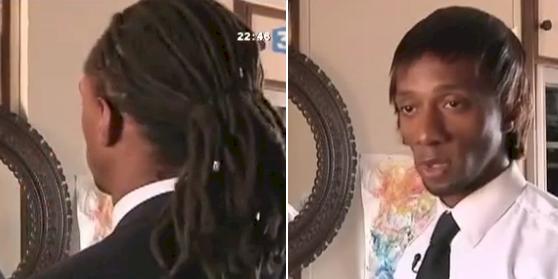 A Black French flight attendant of Air France is not allowed to wear dreadlocks during his service. The Frenchman of Ivorian origin is now forced to wear his dreads under a wig. But the dress code only applies to men, black women are allowed to wear their hair in dreadslocks.


According to the petition “Hair France, don’t touch our roots” , Aboubakar Traoré was hired as a flight attendant by the Air France in 1999. But he had no idea that such a hairstyle could “harm” the image of the company, considering that not a single of Air France regulations prohibits male flight attendants from wearing dreadlocks. Nevertheless, his managers at Air France went as far as forcing him to wear a wig to hide his hairstyle.

However, Air France’s regulations explicitly allow the wearing of dreadlocks by women, recognizing as such that the hairdo can have strong associations to an individual’s identity.

On May 5th demonstrators protested outside the office of Air France in Paris to protest against the airline’s refusal to change to change rule. They want the company to genuinely consider the ethnic diversity of its personnel, as well of the evolving society, within its regulations. And that the company halt all disciplinary measures being imposed against the flight attendant.