Indo-Africans: The forgotten story of the Black Dutchmen 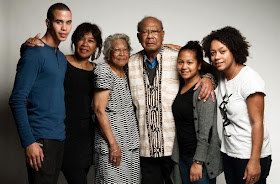 The Black Dutchmen are the descendants of 3,000 young West African men who were “bought” between 1831 and 1872 by the Dutch colonial army to help crush uprisings in what is now Indonesia. 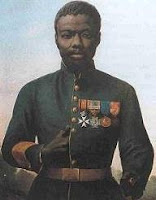 They were given Dutch nationality, Dutch names, and many of the privileges of the colonial masters.

Many of these men chose to settle in Central Java, and took native wives. Their sons continued to serve in the colonial army until Indonesia's independence. The Belanda Hitam, or Black Dutchmen, as they were called, then sailed off the Netherlands, the homeland they had never seen.

Today every other year or so, the Belanda Hitam, or Black Dutchmen as they are now known in the Netherlands, gather to celebrate their unique ancestry, the RNW reports.

The scene is utterly confusing, even for those most at ease in multicultural settings: tall, black, curly haired older men in African attire; short, fragile, dark skinned, flat nosed women draped in Asian prints; the lighter skinned, more Mediterranean looking youths, and then the lighter haired Caucasians. What they have in common are their Indo-African roots.

With African music, Indonesian food, and an Indo-African fashion show, about 150 of them gathered again recently to share stories about their common ancestors.

“Our story”
The African roots were long kept hidden. Was it shame, or the desire to blend into Dutch society that prevented the Indo-African elders from revealing their secret?

“It’s our story”, says Joyce Cordus, and it’s still largely unknown in the Netherlands”, despite several books having been written about the Black Dutchmen. Her father is Daan Cordus, 89, the oldest remaining descendent of the group in the Netherlands who has devoted the past decades to gathering information about their shared background. Today, Joyce is taking over his responsibility as chairman of their association.

Like her, young members of the 5th generation want to understand why they feel different in Dutch society. “They have lots of questions and we have to look for other ways to reach them.” Joyce plans to do that by using social media platforms such as Facebook, its Dutch equivalent Hyves, and Twitter.

Read The Black Dutchmen: The Story of African Soldiers in The Netherlands East Indies here

Interesting to note is that the same indo-black ethnicity is also present in Surinam. A large group of Javanese people from former Dutch colony of Indonesia were brought to Surinam to serve as contract labourers after the abolition of slavery in 1863.